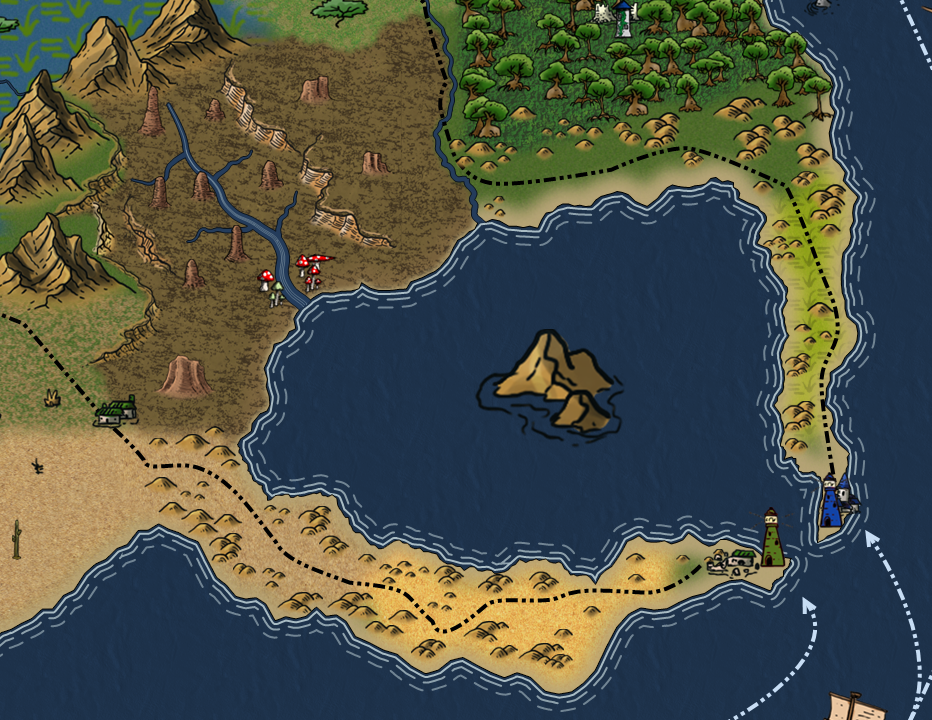 The once great city of Gragendario is located on the Southeastern tip of Hilgarth. A mere 500 years ago the city was a shining beacon of trade, agriculture, and engineering. Before The Fall the vast fertile fields of Rhytzen could grow enough grain to sustain the entire continent. The mountain, Rhytzen’s Horn, had plentiful ore deposits at it’s base, easily accessible. The port of Gragendario could hold upwards of 200 ships, with room for docking and inspection. The twin Shining Towers were a herald for all, welcoming them to their glorious city.

The Excelsior Project was the greatest feat of engineering ever dreamed up. A series of dams, locks, and desalinization fields which intended on taming the Great Blue, running through the sprawling city. If successful, it would have provided enough water for the entire Rhytzen field, with enough left over for the city to drink. It would have provided power to drive the city’s industrial wing six times over.

While ambitious, The Excelsior Project was risky: the Rhytzen field is below sea level. Sixteen months of construction went by with no major issues, Drida Tiberius was beginning the celebration and planning the final day of work. History is not specific on what first caused the crack, be it earthquake or sabotage, but once the Great Blue started flowing, nothing could stop it. Within the day, hundreds of people lost their lives and much of the city was washed away. But worst of all… the Rhytzen had started to flood.

The once united city of Gragendario was cleft in twain by raw forces of the Great Blue. What was once the beautiful Rhytzen Fields, is now the Rhytzen Sea. Shallow and wide, the appearance of this new body of water had catastrophic consequences to the surroundings. A new desert formed to the west and south. Torrential rains plagued the north of the sea, enriching the jungle and washing away the grasslands. The southern rim of the Rhytzen became arid, while the eastern rim became swamp.

The city attempted to stay unified, but that proved fruitless. Northern Gragendario was far better off economically than Southern Gragendario. With much better farm land available and secondary ship docks still intact, the continent considered Northern Grag the be the true Gragendario. Lower Gragen, as it came to be known, became a hot bed for criminal activity.